We have splitted the CODAN decoder into two separate decoder, but they can work interactive if requested. Both are running in multitasking.

CODAN CHIRP decoder: measures the real center frequency of the transmitting station and tunes the data decoder automatically, and decode the ALE part of the transmission.

Examples Codan decoding: on the left part of the decoding Chirp - LE, right on top of decoding the HS data from a message in clear. 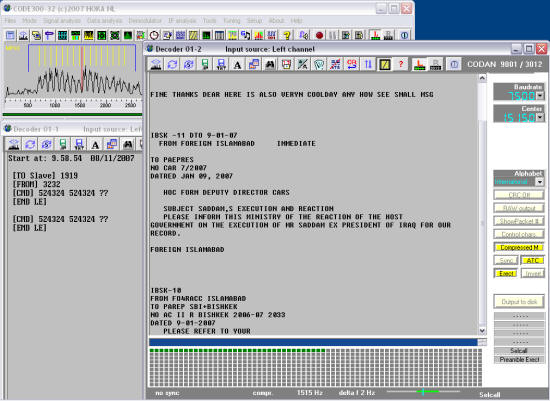 Example of Codan decoding: left decoding of the long sequence Chirp - LE, right on top of decoding the HS data of a message into groups of 5 letters. 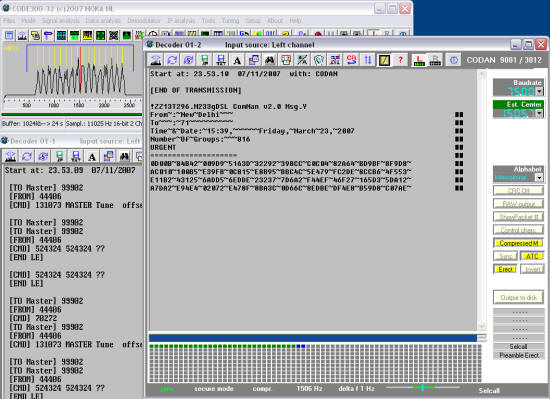